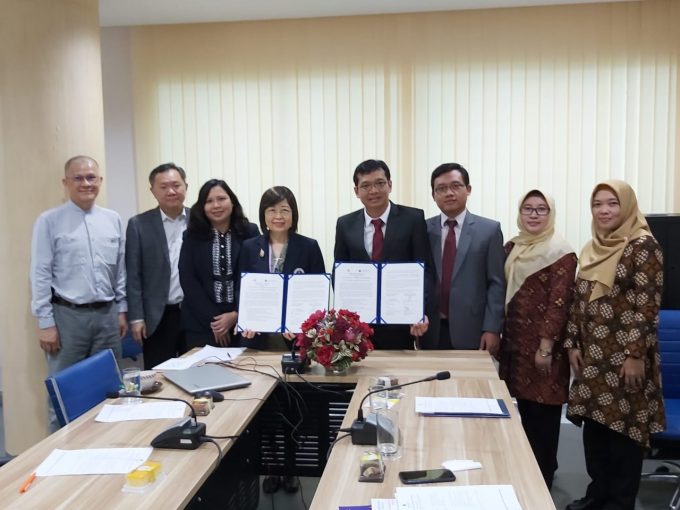 With the current established mutual relationships between the Faculty of Pharmacy UGM and the Faculty of Pharmacy Mahidol University (MUPY), both universities hope to continue promoting their academic exchanges. The contact between UGM and MUPY goes back to 2013 when the first agreement was signed by former Deans of both universities. Among the delegates, Dr. Susi Ari Kristina and Dr. Dwi Endarti are the alumni of MUPY, and they are bridging the good communication between the lecturers at UGM and MUPY. During the visit, they had a fruitful discussion with the Health Technology Assessment (HTA) Program and Social, Economic, and Administrative Pharmacy (SEAP) Division at MUPY.

Some professors of MUPY were previously invited to give guest lectures and appointed as thesis co-supervisors for the students at UGM. Last year UGM also received a group of the delegation from MUPY during the ICPAPS-ASEAN PharmNET 2019 and the ASEAN PharmNET 2019 Student Chapter. Signing a renewed memorandum of understanding (MoU) means that both UGM and MUPY are ready to reconfirm the collaboration.